The 2022 Science Slam Winner is 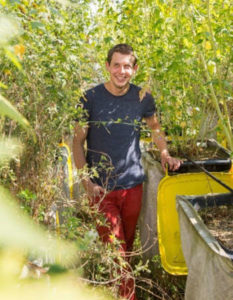 At this short presentation competition, four Science Slams lasting ten minutes that relate to the main subject “Sustainable Land Use: Food Security Starts with the Soil” were presented.

The international audience decided in the end in the form of an online vote to whom the BMEL-trophy 2022 was awarded. After the award ceremony the audience got the opportunity to get in touch with the Slam-participants in so called “Deep Dives”, separate virtual rooms.

The event took place in English.

Insina Lüschen is a free-lance singer, facilitator and actress living in Hamburg.

When Insina is not busy singing younger and older people to sleep with her personalised CD “Gute Nacht… Schlaflieder für dich” (Good night… lullabies for you), she tours the country with her concert programmes.

For twelve years now, she has been the organisational and artistic director for “Klassenreisen zur Musik” (Class trips to music) of Rolf and Monika Zuckowski’s “Kinder brauchen Musik” (Children need music) foundation and has rehearsed mini-musicals with 80 children.

She is the conductor and stage director of “Meckerkring”, the only “complaints” choir performing with various choir formats in Low German, a dialect spoken mainly in Northern Germany.

She facilitates scientific communication formats such as the Science Slam in Hamburg and Berlin and all kinds of other meetings and events.

She and Annie Heger also form the “Die Deichgranaten” duo which tours with a music cabaret programme and can also be found on Youtube with Low German tutorials, so-called “Verklarial” videos.

Next year, she will also celebrate her premiere as singer-songwriter with her “Alles jetzt” (Everything now) solo programme.

Her first song appeared in January 2021.

We are very pleased about the great interest in our Think Aloud! GFFA Science Slam and thank you for the applications received from all over the world. Out of the big number of interested applicants these four candidates were chosen: 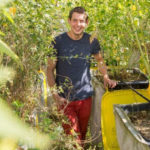 Slam subject: Our system has a bug - let’s make use of it!

We will go on a journey into the hidden world belowground, learn what an impressive number of bugs there are and how their ecosystem services influence food production. We will see how we can use these bugs to adapt our food production systems to climate change by securing the most important production factor we have in agriculture: a fertile soil!

Soil organisms are able to increase soil fertility and thus potentially allow the cultivation of marginal and degraded soils. We will learn about some efficient strategies that can be added to the set of integrated plant and livestock management tools. 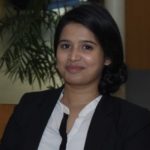 Reduction in agricultural land due to soil sealing and increasing demand for food production poses a great challenge to food security. Geospatial knowledge can identify land use trends and soil-sealing hotspots. The spatiotemporal analysis of land use, soil nutrients and environmental management can aid in selecting the best crop for food production with finite land resources. Levering satellite images and geospatial and digital technologies will bring the analysis of large landscapes to the fingertips of policymakers and farmers, enabling them in turn to act to prevent land degradation and to grow food sustainably.

From India – works in Hyderabad, India 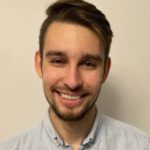 Sustainable food production is strongly relied on quality of soils and water that’s used for its irrigation.

According to surface water resources pollution growth and agriculture activity share increasing in arid areas, using of groundwater for irrigation are getting more common and perspective.

Unfortunately, groundwater often has a high level of natural pollution by minerals.

Its removing and further utilization is too costly or have significant negative impact on environment because of existing technologies imperfections. 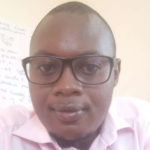 Land restoration on degraded soils is paramount for posterity and environmental sustainability. Restoration of such soils especially in arid and semi-arid lands (ASALs) site is however a challenge; this is because of the fact that the soils are degraded and soil water is far below minimum leading to an environment that could be dry, infertile and hard for natural regeneration. Furthermore, the success of restoration is not warranted especially if the plant used for restoration are not native to the site. From literature and many restoration guidelines use of non-native is highly objected as they do not complement native plants and animals. Non-native plants could introduce a deleterious gene after hybridization with the local population. Conversely, local ecotypes are believed to have evolved to match local environmental conditions and have suitable broad genetic diversity. Literature has often cited better survival, growth and performance of native plants compared to non-natives. Native ecotypes are highly plastic when it comes to unprecedented environmental stress. Besides it supplement the natural vegetation and animal species hence enhancing biodiversity and environmental sustainability. But is this always true? Does it apply in all climatic conditions? This is what we seek to answer in this science slam.