The 2021 Science Slam Winner is 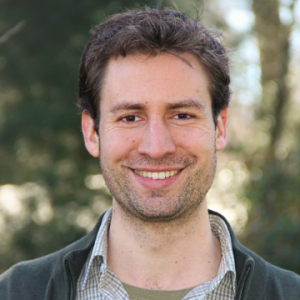 At this short presentation competition, four Science Slams lasting ten minutes that relate to the main subject “How to Feed the World in Times of Pandemics and Climate Change” were presented.

The international audience decided in the end in the form of an online vote to whom the BMEL-trophy 2021 was awarded. After the award ceremony the audience got the opportunity to get in touch with the Slam-participants in so called “Deep Dives”, separate virtual rooms.

The event took place in English.

Insina Lüschen is a free-lance singer, facilitator and actress living in Hamburg.

When Insina is not busy singing younger and older people to sleep with her personalised CD “Gute Nacht… Schlaflieder für dich” (Good night… lullabies for you), she tours the country with her concert programmes.

For twelve years now, she has been the organisational and artistic director for “Klassenreisen zur Musik” (Class trips to music) of Rolf and Monika Zuckowski’s “Kinder brauchen Musik” (Children need music) foundation and has rehearsed mini-musicals with 80 children.

She is the conductor and stage director of “Meckerkring”, the only “complaints” choir performing with various choir formats in Low German, a dialect spoken mainly in Northern Germany.

She facilitates scientific communication formats such as the Science Slam in Hamburg and Berlin and all kinds of other meetings and events.

She and Annie Heger also form the “Die Deichgranaten” duo which tours with a music cabaret programme and can also be found on Youtube with Low German tutorials, so-called “Verklarial” videos.

Next year, she will also celebrate her premiere as singer-songwriter with her “Alles jetzt” (Everything now) solo programme.

Her first song will appear in January 2021.

We are very pleased about the great interest in our Think Aloud! GFFA Science Slam and thank you for the applications received from all over the world. Out of the big number of interested applicants these four candidates were chosen: 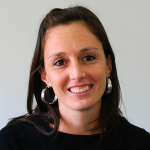 Slam subject: Why do we need drought-tolerant crops?

Climate change is increasing the frequency and intensity of several environmental stress, having a big negative impact on food production. When rain and underground water are scarce, the plants need to alter their normal functioning to keep absorbing water from the soil, growing, and producing the food that we need. To contribute to produce more food in the context of the increasing climate change, we are studying the alterations that drought produces in the functions and metabolisms of peanut plants. The goal is to use those specific responses to screen and breed peanut genotypes more tolerant to water deficit episodes, and ultimately, to develop a new cultivar with excellent grain quality and better able to produce food in the new environment that climate change promises.

From Argentina – works in Oklahoma, USA
Contact the slammer via her ResearchGate profile. 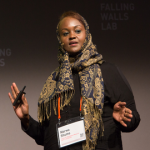 Slam subject: The future of our city farms

COVID-19 lockdown disrupted the production as well as the distribution of agricultural and food products around the world. Consequently, food prices increased, or food items were unavailable. To overcome such a scenario in the future, we must come up with local yet innovative solutions that would enable us to produce food products in ways and places that we never knew before. How about using that abandoned rooftop or empty garage to farm some tiny yet nutrients rich bugs. We would be consuming less water, energy and emitting much less GHG in comparison to our traditional cattle farm.

From Oman – works in Berlin, Germany
Here you can have a look on her blog, follow her on Twitter or connect with her on LinkedIn. 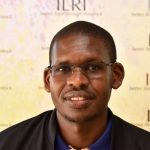 Livestock production support livelihood and food security for over 1.3 billion vulnerable people in the developing world yet again contribute significantly to the greenhouse gas (GHG) budgets for the developing economies. Typical of ruminant production in tropical regions of the world and especially Sub-Saharan Africa, is the low mainly because of poor and feed scarcity during the dry season. Better animal nutrition not only improves animal productivity but also reduces GHG emissions either directly or indirectly from ruminants (cud-chewing animals). Our project explores how various locally available feed resources and feeding techniques can be harnessed to improve animal productivity and reduce amount of GHG produced per unit product. Promising outcome are being promoted among smallholder farmers in Kenya and the responses so far in terms of uptake and feedback from the farmers been encouraging.

From Kenya – works in Nairobi, Kenya 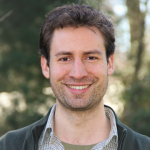 Rock powders could help to tackle two major global challenges – climate change and soil degradation. Many rocks contain several elements essential for plant growth and could be used as an alternative fertilizer, especially for developing countries in tropical regions. Many tropical soils are highly degraded and conventional fertilizers are often not suitable, affordable and accessible – which is aggravated in times of Corona. In contrast, studies with low-cost and locally available rock powders have shown significant yield and soil health improvements. Additionally, the weathering (“breaking up”) of rocks naturally consumes CO2 and thereby removes it from the atmosphere, which could help to mitigate climate.

From Austria – works in Bonn, Germany

What is the GFFA Science Slam?

Originating in Germany, science slams have increasingly developed into a popular event format for science communication in Europe and also around the globe in recent years.

Our GFFA Science Slam is a short presentation competition where presenters have ten minutes to introduce their scientific research topic. The main aim is to communicate scientific concepts to a mixed, technically interested, but predominantly non-scientific audience. The focus will be not so much on competition but rather on communication about a specialist topic that stimulates discussion and on interactions between the presenter and the audience.

The international and intercultural audience of the GFFA Science Slam is generally composed of members from industry, academia, politics and civil society who are interested in agricultural and food issues. After the four slam presentations, the audience rates these presentations in the form of an online vote. Apart from the scientific contents, the comprehensibility and the entertainment value of the presentations will also be rated.