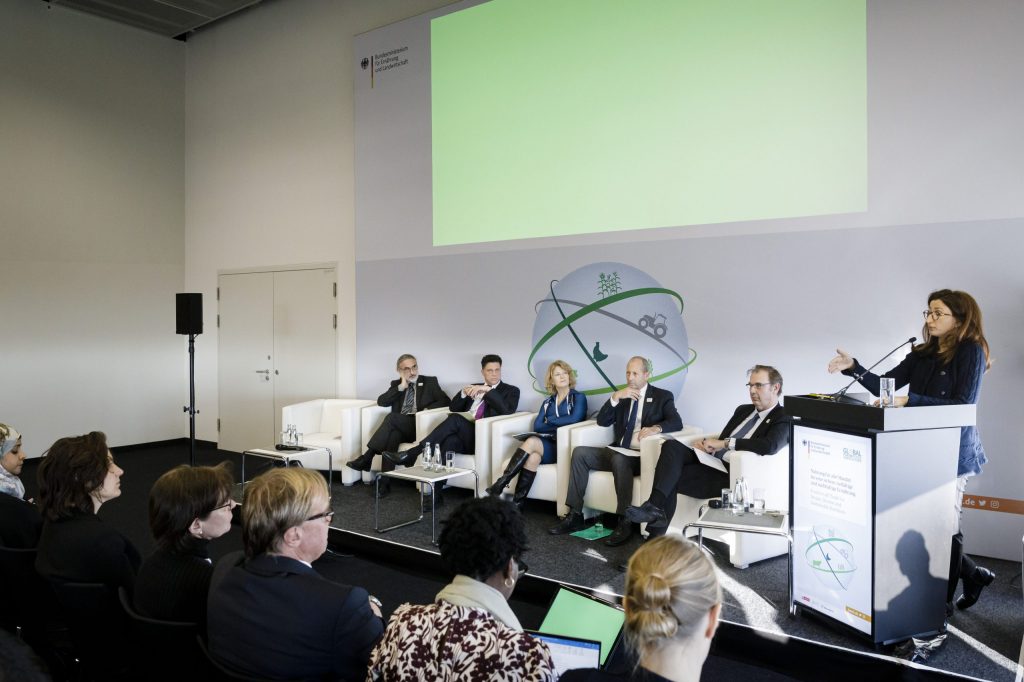 Prior to becoming OECD Director of Trade and Agriculture in 2008, Mr. Ash had served as Deputy Director since 1999. Mr. Ash leads OECD efforts to develop and communicate evidence-based advice to governments, with the aim at helping them improve the domestic and international performance of their policies in the areas of trade, food, agriculture and fisheries.

Upon joining the OECD Mr. Ash brought with him 20 years of extensive experience from the Government of Canada where he held several senior positions in Agriculture and Agri-Food Canada. As Director General, Economic and Policy Analysis, from 1995-199, he provided strategic policy guidance on key agriculture and trade policy issues and on government-wide policy and institutional reforms. Mr. Ash, a Canadian national, holds a Bachelor of Commerce degree and an MBA (International Business and Resource Management).

After receiving his Baccalaureate (high school diploma) in Morocco, Mr. Akhannouch pursued his further education in Canada, at the University of Sherbrooke, where he completed a Master’s degree in administrative management in 1986.

Back in Morocco, Mr. Akhannouch was elected President of the Council of the Souss-Massa-Drâa region for two consecutive mandates, in 2003 and 2006.

In 2007, Mr. Akhannouch was named Minister of Agriculture and Fisheries, a position he has held until today, including the Departments of Rural Development and Water and Forests since 2017.

In 2016, Mr. Akhannouch was elected by majority to head the political party “National Rally of the Independents – RNI”.

Mr. Akhannouch is also President of the Foundation Initiative for the Adaptation of African Agriculture (AAA), since January 2019.

Currently, Ms. Tutwiler is a Senior Advisor with SystemIQ and a Senior Fellow with The Meridian Institute.  She chairs boards of the Water, Land and Ecosystem Research Program of the CGIAR, the Access to Seeds Foundation, and Bioversity USA.  She is a member of the Advisory Board of FoodShot Global. Previously, she was Director General of Bioversity International, a CGIAR center with over 300 staff based in 16 countries. She was Deputy Director General, Knowledge for the Food and Agriculture Organization of the United Nations, where she led FAO’s work in agriculture, natural resource management, forestry and fisheries, as well as knowledge sharing, knowledge management, and capacity development.  She worked in President Obama’s administration as Coordinator, Global Food Security, Office of the Secretary at USDA where she led and coordinated USDA’s participation in the President’s Feed the Future initiative. She founded a think tank on agricultural trade policy; built the agricultural development portfolio for the William and Flora Hewlett Foundation, and headed government relations for a global agribusiness company.  She holds a Masters in Public Policy from the John F. Kennedy School of Government, Harvard University and Bachelor of Arts from Davidson College.  She holds certificates in agribusiness management from INSEAD and Purdue University.


Christian was appointed in July 2018 as the deputy Director-General for External Economic Relations, Trade Policy and America. Prior to this, he was head of the Ministry’s budget division. After starting his career in the public administration in 1994, he worked for many years in the area of foreign economic relations, starting with bilateral relations with South Africa, followed by export financing and export promotion, and finally specializing in trade policy. He spent several years at the German Mission to the WTO in Geneva and in the department of Foreign Economic Relations in the Federal Chancellery.

Christian grew up in Spain and began his academic career in Ecuador (Quito). He pursued studies of law in German (Saarbruecken, Muenster, Hamburg) and Switzerland (Geneva). He holds a PhD from the University of Muenster and spent a year as a visiting scholar at the Southern Methodist University in Dallas, Tx. He is married and has a daughter and a son.