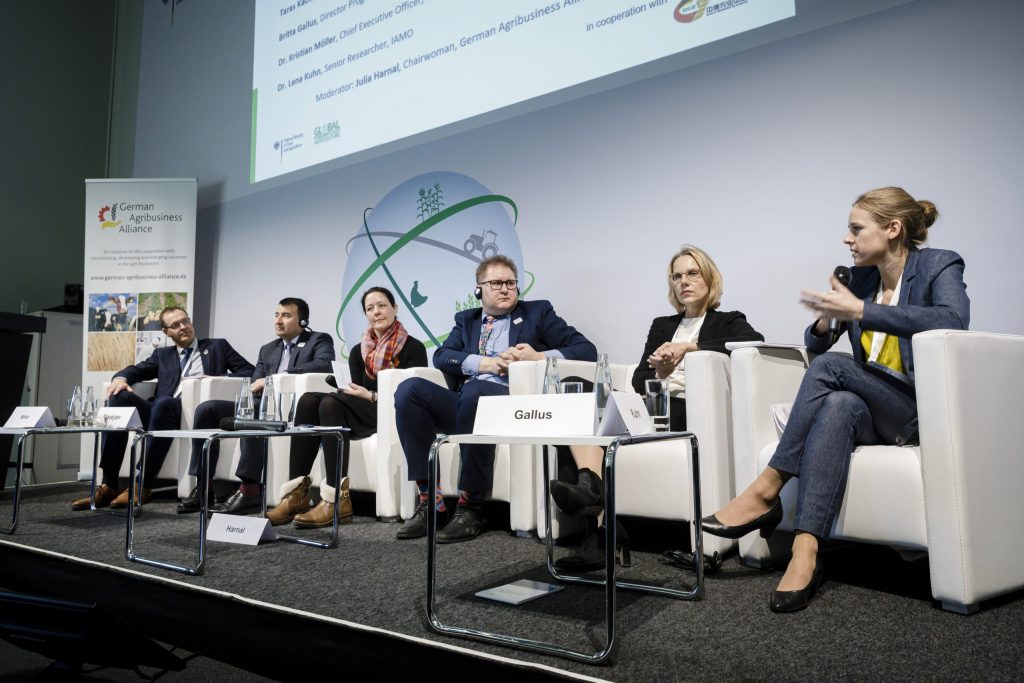 Mr. Taras Kachka was appointed as the Deputy Minister for Economic Development, Trade and Agriculture – Trade Representative of Ukraine on 6 September 2019.

Mr. Kachka is an expert in international law with extensive experience in the private sector, international environment and government. He was a member of Ukrainian negotiating team for Ukraine – EU Association Agreement. Previously, he worked as a Deputy Executive Director and a Strategic Advisor at the International Renaissance Foundation (2016-2019). In 2014-2015, he was Vice President for Strategic Development at the American Chamber of Commerce in Ukraine. He started his career as a public servant in 2001 at the Ministry of Justice taking the office of the First Deputy Director of the State Department for Legal Approximation. He also served as Director for Foreign Economic Relations at the Ministry of Agricultural Policy and Food.

Since January 2017, Britta Gallus works in the Supply Chain Management department focusing mainly on METRO’s Traceability Program PROTRACE and Quality Assurance in the supply chain. Until end 2016, she worked in the Corporate Responsibility department. She was responsible for the development and implementation of standards & policies and program management. One of the topics Britta Gallus was dealing with was transparency in the supply chain covering transparency, traceability and social compliance. From 2011 until 2014, Britta Gallus worked for METRO AG as Head of and Director of Group Regulatory Affairs. In this position she has been representing the company in European and international committees and supported the implementation of certain rules and commitments. From 2002 until 2011, Britta Gallus worked for the HDE (Handelsverband Deutschland e.V.) as Director of European Affairs and was in charge of the HDE Brussels office. Her responsibilities included representing interests of retail in Brussels, European committee work and intensive monitoring of the European legal activities.

Dr. Kristian Moeller studied Agricultural Economy and Agribusiness Management at the Universities of Paderborn and Kiel in Germany as well as at the Purdue University, Indiana, USA. His experience was expanded by internships at Deutsche Bank in Hamburg, the German-French Chamber of Commerce in Paris, and The Worldbank in Washington, D.C. His dissertation was on Risks to Invest into the Central and Eastern European Food Industries. After 1 year of basic agricultural training on farms in Germany and the UK, he became Manager European Projects and Senior Consultant Quality Assurance at the EHI-EuroHandelsinstitut e.V., Cologne, Germany, in the areas: Food, Fresh Produce, Meat, and Dairy Products. Dr. Kristian Moeller started with EUREPG.A.P in 1997 (now GLOBALG.A.P) and has been the organization’s CEO since 2001. In September 2010 he opened the GLOBALG.A.P. North America Office in Bethesda, Maryland, USA, as founding President.