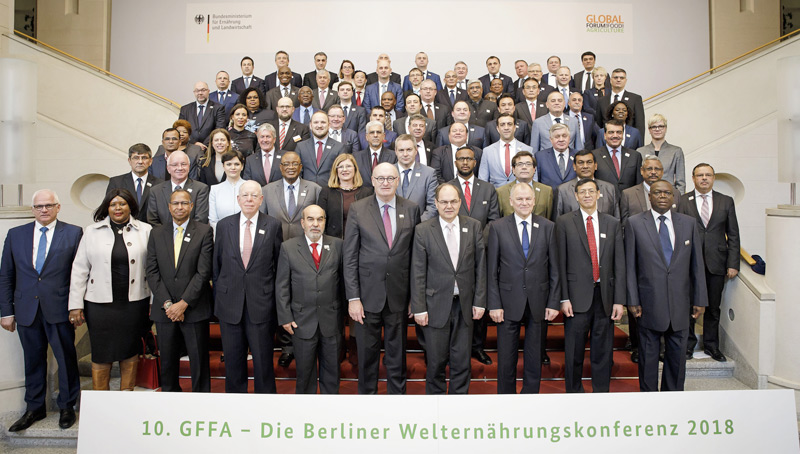 In 2018 the 10th Berlin Agriculture Ministers’ Conference (not public) took place in the Federal Ministry for Economic Affairs and Energy. The conference brought together political decision-makers from around the world to discuss the main topic. A final communiqué formulates the common position of the agriculture ministers and is incorporated into the ongoing international discourse on agricultural policy.

In January 2018, 69 states attended the Berlin Agriculture Ministers’ Conference on the subject “Shaping the Future of Livestock – sustainably, responsibly, efficiently”, as well as high-level representatives of international organisations such as the European Commission and the FAO. Together they adopted an ambitious communiqué and committed to a sustainable stewardship of water.

The final communiqué of the 10th Berlin Agriculture Ministers’ Conference can be downloaded at: